Book Review - All the Light We Cannot See 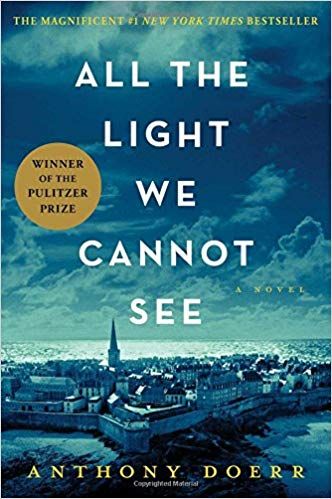 Its been a long time since I’ve read a novel and I feel that “All the light we cannot see” by Anthony Doerrr is a perfect book to get back through. Its the story of two souls - Marie Laure, an young girl from paris and Werner, a boy born in the german mines. Its a story that oscillates across space and time as it funnels down towards a singularity. But, its also the story that makes one pause and ponder - think about the beauty in moments as they occur. Doerr enthralls us by transporting us back by a century, to a place where war happened - hot and cold. The climax managed to capture me so much that it made me borrow 20 minutes out of my regular sleep schedule. I just couldn’t manage to keep it down. On the whole, I’d rate this book a pleasant read and definitely rereadable! Let me write down why I feel so. Note that this review is rated “yes” for spoilers but I’ll try to keep it to minimum.

Marie-Laure is a girl who lost her eyesight at her young age. Her world was made of her father, the fossils and other collections in the museum where her father worked, the neighbourhood of paris where she lived, the miniature of it which her father had chiseled for her. In her world, no light enters but nevertherless was filled with the adventures brought to life out of books. Werner is a boy who is living along with his sister Jutta in an orphanage. His world is made of her, the Orphanage’s caretaker - a french woman named Elena, and a sliver of the light we cannot see - one that comes all the way from France with news of scientific wonders and captured through the radio he repaired. We watch how these two spheres travel and transform on the waves of World War II, as they twist and roll, as though kept on the opposing sides of a funnel. The story jumps between two timelines, three lives and a stone and Doerr lets them unfold cleverly onto the moment of serenity.

I had a lot of relatable moments in the book. For example, I was proud of myself when I connected Werner’s radio repairing ability to Richard Feynman only to find “Surely you’re joking, Mr. Feynman!” in the acknowledgements section (He fixes radio by thinking!). Or the moments when Werner stood by, unable to act upon his instincts, I felt the helplessness bumping inside me. When Dr. Hauptmann said, “A scientist’s work is determined by two things: his interests and those of his time”, I could see the phantom of Climate Change staring at me from the corner.

Marie-Laure’s world, with all its scars and wars, is a beautiful world to be part of. Whether its the pinecones in her paris apartment or the seabound beings of Saint Malo’s kennel, the subtle moments of life brings the book alive. When Madame Manec asked Etienne “Don’t you want to be alive before you die?”, it immediately became the favourite quote out of this book.

The most satisfying part of the book is how almost all the dots gets connected. Not all do; few are left open. But, when the book is having a life of its own, you can’t expect it to be the way you want it to be! Anyway, there is one thing I’m pretty sure about. If I were to ever visit France, Saint-Malo will be surely on my checklist – just to see if Number 4 rue Vauborel still stands there!