How to Hack your Google Glass (And void your warranty)

I don’t know why Google did it, but, it did it.  May be to show that user data will be safe from hackers.. or to encourage the developers to hack their Google devices.. or even to show that the Google glass is grindable by blender. 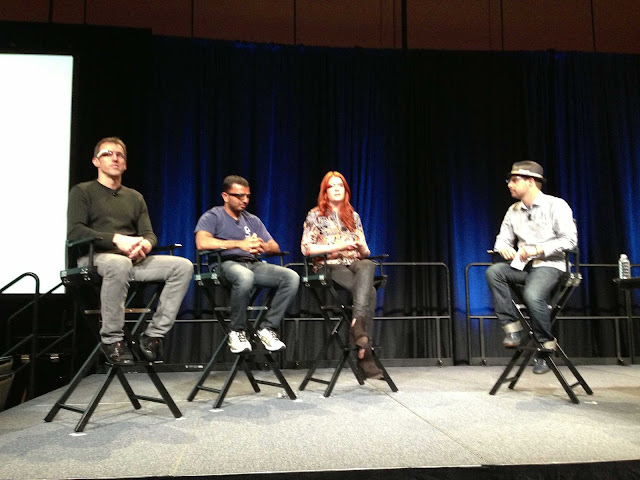 But, the second point looks more prominent than others as in what must be one of the most popular sessions at the company’s I/O developer conference today, “Voiding Your Warranty: Hacking Glass,” Google actually showed an overflow crowd of developers how to “root” their Glass–that is, hack into it so deeply that it voids the warranty.

First a couple of Google engineers, Hyunyoung Song and P.Y. Laligand showed how to program the device without voiding the warranty. Nearly everyone in the room–almost all of them Android developers–sat rapt as the engineers tapped their Glass devices to show how to set them up to go through their programming paces. There are already some apps for Glass, but the engineers showed how to install some existing Android apps using a computer paired to Glass via a Bluetooth wireless connection.

Then they turned to how developers can gain root access to (i.e. hack) the device. it’s a five-step process involving, among other things, unlocking the device, which removes security precautions. This erases all user data, for protection from people who might steal the device and then hack it (they actually ran ubuntu in it!). They even showed a video of how to do it.

Nonetheless, the Googlers said they aren’t recommending this. “It’s more to allow you to play around and go crazy,” Song said. “When you root your device, you better be sure you really want to do it,” she added, because doing so could make it difficult to get Glass software updates.

To underscore the point, after the demo the pair showed a video of a blender grinding up a Glass.

So, it looks like Google don’t mind their Glass being hacked a little by developers. May be because they could get those hacker brainies out there to give new ideas that even Google hasn’t thought of yet.