Chrome to have Windows Start button like app launcher

The web world has started to move into a new level of internet services powered with HTML 5 which allows the websites to be installed and behave like the native apps of your system. But, to launch all those apps? There is not an easy way to do it other than browsing for it. But Google is finally going to make it a lot easier. 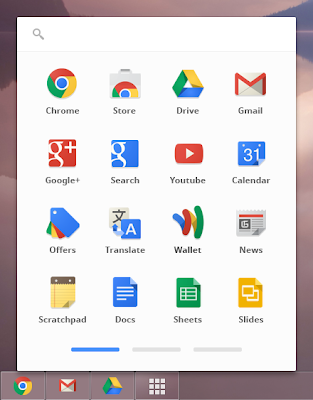 A few months ago, Google announced the Windows Start button-like app launcher for Chrome on Windows, and with it, a way to easily launch Chrome packaged apps, a new way to write apps that are based on Chrome and web technologies but behave like native apps.

These packaged apps for Chrome are based on HTML5, CSS and JavaScript, but they behave like native apps and have access to Chrome APIs and services that aren’t available to regular sites. Until now, developers could upload packaged apps to the Chrome Web Store and test them, but the apps weren’t discoverable in the store. Starting today, users on the Chrome Dev channel will be able to easily find and install these apps.

This is likely just a prelude to a wider release of packaged apps. In today’s announcement, Google also notes that, for developers, “now is a great time to get some early feedback and polish your app before Chrome packaged apps become more broadly available.” At its I/O 2013 developer conference later this month, Google will feature at least three different sessions about packaged apps, including one about upgrading web apps to packaged apps.

As Google notes, most of the packaged apps in the Web Store are “works in progress.” This, the company says, is the reason for only making them available in the Chrome dev channel right now.