So Google I/O is finally happening! All you need is a post that keeps you updated with what is happening and here it is - from the start to end! 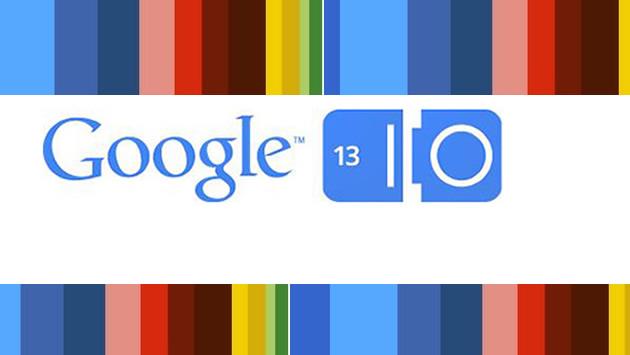 April 18 - Android may include multiplayer gaming features in its next update, suggested by MyGlass app code.

May 10 - Google was rumored to be planning to launch wallet credit card at I/O.

May 11 - A leak shows that Google play games was to be launched with achievements, cloud saves and in-game chat.

May 14 - The Verge shows that Google is getting ready with its spotify competitor with Universal and Sony now on board.

- Google Maps leaks ahead of I/O. Brings changes to the interface with smart search features.

- Google takes on spotify with Google Play Music all access subscription service, priced at $9.99 per month.

- Google turns Galaxy S4 into a nexus phone with unlocked android jelly bean. Coming out  on June 26th for $649.

- Google takes on apple at education side with Google play for Education.

- Google completely redesigns the interface of Google+ with a card based interface..

- Google has announced hangouts - A unified messaging system for Android, iOS and chrome. No more separate mess like Google talk and hangouts.

- Google+ now automatically enhances the photos you upload and highlights your best shots. Totally it has got 41 new and awesome features!

- Google+ will automatically create panoramas and animated GIFs from your photos!!

- All these Google+ changes are coming later this day.

- Google+ now automatically adds hashtags to your post by reading the text, scanning images in the post, and more.

- Google announced that its conversational search that is available for its Android and iOS apps would be coming to the desktop. Until now, you could search for things using your voice. Now, you’ll be able to keep your mic open without clicking a button, by waking Google up with the prompt “OK Google.” You can say things like “Show me things to do in Santa Cruz” and get results quickly.

- Google previews the next version of Google Maps for android and iOS. The new maps experience is meant to be more personal than earlier versions. Users can now rate restaurants and other local businesses directly from maps, using a new 5-star ratings scale.

- Google Maps for desktop gets a major redesign like seen in the leak yesterday.

- You can send money as an attachment to Gmail utilising Google Wallet Service.

- Google CEO Larry Page takes the stage to wrap up the I/O keynote. He talked a lot, most of them would be the future’s famous quotes!

So, I/O 2013 has started with a big bang. A lot of interface changes and cross platform support has been added. Will these deliver what it seems to deliver? We will see..