Is Google+ gonna be Shutdown?

Google+ have been a heavy budget massacre for Google. Though it has a big count for Accounts(2.2 billion), it is mainly due to the fact it bloats around in Android not because all those people are interested. The number of active users are just around 9% of the actual number of accounts. That too mostly due to Youtube comments and Profile picture changing. The people who really post something is less than 1%. Totally, you get the idea!

Recently Google has taken steps to reduce the Google+ integration in many of its features which raises the question of, “What is Google actually upto??”

Lets take a look at the recent changes made against Google+

For long, clicking at your name on the Google’s navigation bar takes you to your Google+ profile. But now, it is just a selectable text. Instead, the Google+ link has been moved to the app drawer.

2. From Google+ notification to Google Notification:

The Google+ notifications is no more. Instead, it has been replaced by a one for all, Google notifications. This shows notifications for all your Google services like Google+, Blogger, Youtube etc. Though this looks like an act against Google+, it is much more welcoming change.

3. No more Google+ logo for Hangouts:

Google has so far used a logo saying Google+ for hangouts. But now, it has been replaced by “Google”. Right now, hangouts is a Google+ feature but also available as a standalone app for Chrome, Android and iOS. Maybe Google plans to detach Hangouts from Google+.

4. From Google+ photos to Google Photos: 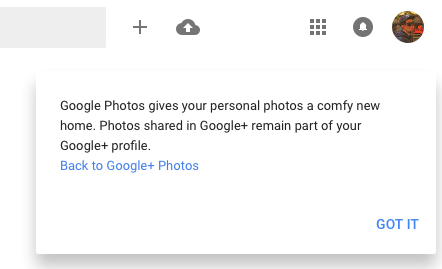 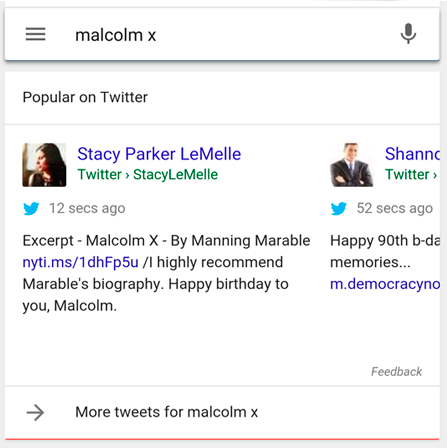 Google announced that it will start to display tweets in Google Search for mobile. “When you’re searching on the Google app or any browser on your phone or tablet, you can find real-time content from Twitter right in the search results,” informs Google. But there is no Google+ content to be seen there in Google search results.

All these changes may not show that Google+ is under shut down condition. But, the hard truth is, It’s the end of the Google+ era. Even if Google+ will continue to exist in one way or another, Google will stop promoting it aggressively and will probably use it as a backend service.